The climate for investments in Spain is good and bodes well for the future. Despite a multitude of emergency regulations in the past several months, the legislature’s intentions are generally foreseeable. Additionally, certain industries continue to benefit from low salaries in comparison with other European countries and the attractiveness, particularly that Spanish cities have, for young professionals. This, in turn, leads to a higher level of education in the available work force while applicable labour law is comparatively attractive for entrepreneurs. The political situation has also stabilised, since, after several re-elections in recent years, Spain now finally has a government. It remains to be seen, however, how the new coalition government will support business owners. 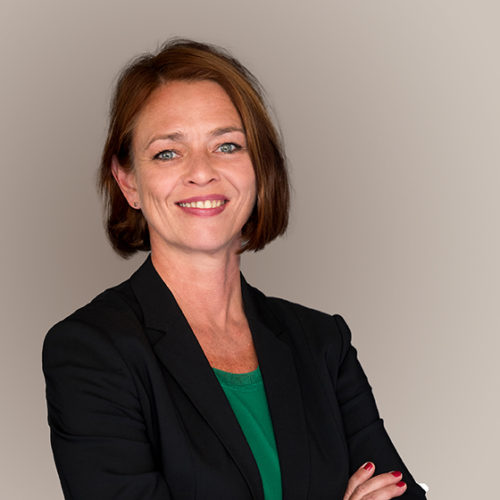 Nevertheless, investors must diligently choose which steps need to be taken. In the wake of the Coronavirus Pandemic, the Spanish legislature has passed new, stricter regulations for foreign investments in Spain, which require that certain investments obtain prior authorisation. This article covers the details of the new law and explains possible implications in practice.

Until recently, the legal framework for foreign direct investments in Spain was regulated by Law 19/2003 of 4 July 2003.

This law established a liberal regime, which opened the economy to foreign direct investments in Spain whilst reserving the right for the Spanish government to suspend this liberalisation for certain investments. This competence was limited to investments which (i) were related to governance, (ii) were directly related to national security, or (iii) could at least potentially (negatively) affect public health, public security or public policy.

The above described legal framework allowed foreign investments (outside the national defence sector, which always required prior authorisation of foreign investments) subject only to the obligation of subsequent reporting for statistical purposes and, if applicable, specific regulations of the respective industry.

As part of the emergency measures to mitigate the social and economic consequences of the COVID-19 pandemic and the health crisis caused by it, the Royal Decree-Law 08/2020 of 17 March (“RD 08/2020”) modified the previously applicable investment law. It suspended the liberal regime for certain foreign investments and made these investments subject to prior authorisation.

According to the recitals of the new law, the economic crisis triggered by the health crisis poses a threat to Spanish companies, which find themselves exposed to takeover attempts by foreign investors. Therefore, previous control of foreign investments in Spain is imperative.

The Royal Decree-Law 11/2020 of 31 March 2020 (“RD 11/2020”) further detailed and broadened these regulations by introducing more specific definitions of concepts and new transitory regulations for already initiated transactions and low-volume transactions.

The new regulations for foreign investments in Spain apply to transactions which meet both of the following requirements:

Hence, the definition of a foreign direct investment is clearly essential to determine the scope of application (see below). Additionally, the objective and background of the investment play a role.

However, it must be borne in mind that the new regulation gives the Spanish government the power to expand the scope of application of the investment control to other sectors and other actors if such investments possibly affect public health, public security or public policy.

Definition of a Foreign Direct Investment in Spain

For the purposes of the new regulation, a foreign direct investment is defined by two criteria:

For the purposes of this regulation, foreign residents are:

Regarding the first part of the definition it is important to mention the regulation not only makes investments from third countries dependent on obtaining prior authorisation, but also affects investments by legal persons resident in countries outside the EU and the EEA whose beneficial owner is resident in an EU country.

The second part proves itself to be extensive as it is motivated by the intention to prevent evasion of the obligation to obtain the corresponding authorisation by simply setting up a subsidiary in the EU. The regulation covers a considerable number of investments, including those simply based on economic rationality.

Even though probably only few companies resident in the EU (whose beneficial owner is resident in a third country) invest in Spain in order to evade the obligation to obtain previous authorisation, such EU investments are generally hampered by the newly implemented control mechanism. This leads to a significant obstruction for the free movement of capital in the single market, which seems to be incompatible with the principles of the EU.

In this context, it is important to note that the nationality of the investor or the beneficial owner is irrelevant, as the deciding criterion is residency (see above).

The second element of a foreign direct investment in Spain (and, thus, the applicability of the obligation to obtain authorisation) requires the investor to (i) hold a participation of at least 10% in a Spanish company or (ii) effectively participate in the management or control of the company in any other way as a result of the transaction.

The regulation does not distinguish between listed and not listed companies and thus applies in both cases.

Regarding the second part of the definition, it is important to highlight that the execution of control over the Spanish company is not necessary; “effective participation” in the management or control of the company is sufficient.

Special attention should be given to the following situation, which is relevant in practice and  poses new questions in  light of the regulation:

In practice, foreign investments are not only made by acquiring existing Spanish companies. However, the wording of the new regulation leaves whether it is applicable for investments made by establishing a new company in Spain (so-called “greenfield investments”), unclear.

In our understanding, there are good reasons to argue that in accordance with Spanish law these greenfield investments do not fall within the scope of application of the new investment control as the regulation primarily aims at preventing abusive investments which take advantage of the economic crisis. Given their nature, greenfield investments are hardly suspicious of such abuse since they compete normally with their already established competitors and first and foremost promote innovation.

However, it cannot be ruled out that Spanish authorities will interpret the regulation extensively, so prior authorisation may also be necessary for greenfield investments in Spain.

Not all foreign direct investments in Spain require prior authorisation. This obligation only applies to investments directed to certain sectors, including investments in:

It becomes apparent that the definition of the included sectors is widely vague and open. Particularly noteworthy in this regard is the following description: “sector with access to sensitive information, especially personal data”. Ever since the General Data Protection Regulation (GDPR) entered into force, every business owner knows: in the digitalised economy, there are probably only very few sectors which do not have access to personal data in some way. For this reason, we assume that authorities will, at least in this regard, apply a more restrictive interpretation.

In this context the question arises of whether the new regulation also applies to investments which affect the aforementioned sectors only marginally, e.g. the acquisition of a Spanish company whose branch office is active in one of these sectors.

In our view, the regulation does not require the activity in the above-listed sectors to be the main activity of the investment target. Therefore, these kinds of investments may be subject to prior authorisation.

The third paragraph of the newly included article 7 bis provides that foreign direct investments in Spain made by certain investors always require prior authorisation, regardless of whether or not the investment is directed to one of the aforementioned sectors, including:

RD 11/2020 includes additional transitional regulations for investments that were initiated before the introduction of the new regulation but have not been completed. These regulations establish accelerated authorisation proceedings for transactions for an agreement or binding offer, which allows the valuation of the volume of the existing investment dated before RD 08/2020 entered into force.

Furthermore, an exception was established for foreign direct investments in Spain amounting to less than EUR 1 million. Thus, investments aiming at acquiring a foreign parent company with a branch office in Spain are only subject to the obligation to obtain authorisation if the proportion/share of the investment corresponding to the Spanish branch office exceeds this limit.

Consequences of Denial of Authorisation

There are far-reaching consequences of the denial-or a flawed obtention-of an obligatory authorisation, regarding both civil  and administrative law.

From a civil law perspective, the transaction is invalid, which leads to a necessary “reversal,” at least of those parts of the transaction subject to Spanish law. Subsequent legalisation may be possible, but it remains open if the authorities permit it in practice.

Especially in the case of complex international corporate transactions, this could result in the acquisition of a (e.g. Luxembourgian) holding company being valid according to the applicable national law, while the acquisition of a Spanish subsidiary is considered null and void by the Spanish authorities in accordance with Spanish law. In such a case, registration of the purchaser of the holding company at the Spanish Mercantile Registry could be refused, for example.

Under administrative law, undertaking a foreign direct investment in Spain without the corresponding authorisation is considered a serious infraction, which may be penalised with a fine of up to the volume of the intended investment as well as a public disciplinary admonishment .

As demonstrated, there are considerable unclear aspects regarding the interpretation of the scope of the new investment law in Spain. It remains to be seen whether clarification of these aspects will arise.  In our experience, the authorities will probably, in practice, opt for a broad interpretation of the regulation. As in similar cases in the past, foreign investors in Spain are therefore advised, in case of any doubts, to preventively obtain the respective authorisation.

Both laws were adopted with an applicability period of one month after the end of the state of alarm. Said state of alarm ended in Spain on 21 June 2020. A definitive regulation for the time after the end of the one-month deadline has not yet been adopted; however such is expected in near future, considering a corresponding legislative proposal from 2019. In  light of protectionist tendencies  around the globe, it is to be expected that Spain’s return to a “new” normal will be accompanied by stricter regulations for foreign investments. Consequently, investments will need to be planned smartly and with the corresponding foresight which considers that potentially necessary authorisations may at least delay the investment.

Víctor Manzanares to attend the annual CTA conference in Brussels