Airline Passengers’ Compensation Claims Can Be Brought by Companies Representing Them

Commercial Court No. 1 of Palma de Mallorca finds Air Europa in bad faith for clause 15 of the contract of carriage, which prohibits passengers from transferring their rights to compensation.

On 13 September 2021, the court of Palma de Mallorca handed down a judgment in which it validated companies’ legal standing to file complaints on behalf of passengers, notwithstanding Clause 15 of Air Europa’s contract of carriage, which reads: “The rights corresponding to the passenger will be of a strictly personal nature, and they may not be transferred to another person.”

Mallorca’s Audiencia Provincial, the second-instance court for civil and criminal matters, had ruled in July 2020 that a company could indeed complain in place of a passenger because, firstly, the inclusion of the clause into the contract had no validity (as the right did not arise from the contract between Air Europa and its passengers but from the applicable regulations) and, secondly, passengers were unaware of the clause. However, despite these findings of the higher court, claims continued to be rejected by the commercial judges of Palma de Mallorca, who argued judicial independence and kept adhering to criteria that were contrary to those of their senior court. The point they made was that passengers’ rights were subject to the 15th general condition of the contract of carriage so that judges could not review them on their own accord if passengers did not request so (in those proceedings a company was claiming on passengers’ behalf), i.e. it was implied that the right to claim could not be transferred.

With all due respect to the judges involved, we would like to present the correct criteria set out in the judgment of 13 September 2021, which seem to us to be more in line with the law and to protect consumers and users from an obvious abuse by airlines.

The court considered, regardless of whether the clause is null and void, that it implies a breach of good faith on the part of the proffering party and an imbalance of the rights and duties of the parties, to the detriment of the consumer. 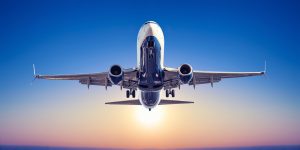 Furthermore, the court stated that the prohibition of assigning a right to someone else could be declared in respect of rights conferred by the contract of carriage but not in respect of rights conferred by law, in this case Regulation 261/04, which exist independently of who the parties to the contract of carriage are. It is always the passengers who are entitled to compensation, whether or not they themselves have entered into a contract with the airline. Therefore, the clause invoked has effects with respect to the passengers’ rights deriving from the contract of carriage, but not with respect to the rights which are recognised by law in a manner totally unconnected to the status of contracting party.

The court concluded that there has evidently been bad faith on the defendant’s part and described its conduct as violating the principle of estoppel by imposing abusive conditions on consumers, which seek to tortiously deprive them of their legitimate right to the claim to which they are entitled under the EC Regulation.

Finally, the Court also found that Air Europa had acted in procedural bad faith by pushing the initiation of two proceedings, which is an obvious misuse of the scarce public resources of the Spanish administration of justice, where commercial courts are flooded with consumer claims against airlines which, in many cases, would not even go to trial if airlines complied with their obligation to compensate passengers immediately, as required by the Regulation.

This overload is due to the fact that, every time companies are not recognised as having legal standing to claim on behalf of a passenger, passengers can claim on their own behalf.