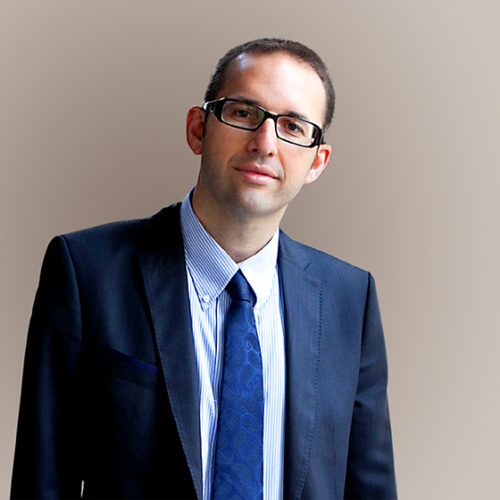 Spain’s Council of Ministers approves a Royal Decree-Law that guarantees annual profitability of 7.389% up to 2032 to those renewable energy installations that withdraw their lawsuits filed against the Spanish government following the reform of 2013 and those prior to it.

From 2 to 16 December, Madrid was the centre of the world’s attention as the host of the UN Climate Change Conference, COP25, welcoming leaders and climate experts from all over the world. The failure of this conference passes on the challenge to reach an agreement to the date in Glasgow in 2020, with a backdrop of the UN’s warnings that the Paris Agreement is insufficient to limit global warming to acceptable parameters. Just a few days before the COP25, the European Parliament declared, in a resolution approved by a majority on 28 November, that we are in a situation of “climate emergency.” Members of the European Parliament asked the European Commission, furthermore, for the objective to reduce CO2 emissions into the atmosphere be raised from 40% to 55% in 2030 and thus achieve climate neutrality in 2050. To these two events, the Green New Deal must be added, promoted by the brand-new president of the European Commission, Ursula von der Leyen. It seems, thus, that finally the entire world – rulers, business owners and civil society – has awakened from its lethargy and started to take this climate business seriously.

Spain, as a member of the EU, is not left out of the commitment undertaken and has begun to take measures to incentivise, again, the implementation of renewable energy in our country and fulfil objectives. In a territory blessed by the force of nature, especially the sun, the average citizen cannot seem to understand why there is not yet a proliferation of photovoltaic plants capable of substituting a large part of the contaminating energy sources. After several years of confusion, the Spanish government, the PSOE, took a position in the matter by approving on 22 November the Royal Decree-Law 17/2019 which will attempt to pacify the conflict provoked by Royal Decree-Law 9/2013 which eliminated with the flourish of a pen the premiums promised to investors.

How and why did Spain come to be in this situation?

With the socialist government of Zapatero, Spain wanted to provide a strong impetus for the implementation of renewable energy. For this reason, the government decided to give significant economic compensation – the so-called premiums – that would motivate the investor: 360 euros per megawatt/hour. And the market livened up. According to data from the National Commission on Markets and Competition (CNMC), 55 installations in 2000 became 55,000 in 2010. The figures surpassed all forecasts in an alarming fashion and the consumer ended up paying the bill. When the conservative government of the PP arrived in 2013, it decided to reduce the premiums on renewable energy and, additionally, with retroactive effects. The recipe included the concept of “reasonable profitability.” All of this was a real blow to investors, who saw their predictions reduced and felt swindled. Many of these companies took Spain to court. Today there are 45 lawsuits pending against Spain for those reductions, with claims amounting to approximately 10 billion euros. This is not to mention the image it gave Spain: disastrous.

What solution is presented by the new Royal Decree-Law for the foreign investor who was affected?

The necessary energy transition that must be taken on in Spain requires, according to the data, an investment until 2030 of 250 billion euros. And this can only be achieved by recovering trust, according to statements by the minister for the Ecological Transition, Teresa Ribera, in a press conference on 28 November.

The new Royal Decree-Law implies a reduction from 7.39% to 7.09% in the rate of reasonable profitability for the renewable energy installations after 2013; however, and this is the truly important part, it offers the 64,000 installations already in existence before the 2013 cuts to maintain the reasonable profitability rate of 7.39% for the next 12 years, provided that they renounce any arbitration proceedings that they might have in progress or any compensation that may have been recognised in their favour. All companies which wish to benefit from this incentive must present said waiver prior to 30 September 2020.

If this measure is successful, it could save the Spanish state many millions of euros; it would also serve to recover part of Spain’s lost prestige vis-à-vis the international energy sector thanks to a comfortable and safe regulatory framework for investment.

How will the renewable energy industry receive this measure? The distrust is clear. Spain has earned, and rightly so, the image of an untrustworthy country when it comes to maintaining subsidies and incentives for long-term investment. Furthermore, the unstable panorama of political insecurity does not help. Another important piece of information is that Spain has already lost 10 lawsuits and most probably will continue to lose those remaining. What would be the gain for an investor who has already closed his plants in Spain? And for an investor who foresees receiving compensation higher than the profits that it could obtain by waiving them? Smoking the peace pipe with Spain is not so simple.