The second additional provision of Ministerial Order SND/399/2020, of 9 May, of the Spanish Ministry of Health, which loosened some restrictions at the national level, introduced after the declaration of the national alert applying phase 1 of the New Normalisation Plan (see https://www.boe.es/eli/es/o/2020/05/09/snd399), caused much confusion among Spanish retailers and raised doubts about the application of the prohibition. 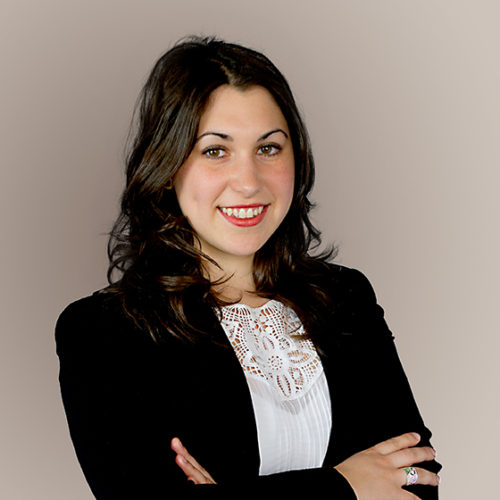 The second additional provision of Ministerial Order SND/399/2020, of 9 May, of the Spanish Ministry of Health, which loosened some restrictions at the national level, introduced after the declaration of the national alert applying phase 1 of the New Normalisation Plan (see https://www.boe.es/eli/es/o/2020/05/09/snd399), caused much confusion among Spanish retailers and raised doubts about the application of the prohibition.

This was due to the fact that it stated that during phase 1, establishments could not announce or carry out commercial actions that could give rise to public crowds, either inside the commercial establishment or in its vicinity. This restriction does not affect reduced-price sales or offers or promotions made by way of webpages. As such, e-commerce is excluded from this restriction.

There will indeed be commercial promotions in physical shops

The prohibition on physical sales implied a huge blow to retailers since, although sales were not planned until July, many retailers hoped that these types of commercial promotions and discounts would allow them to increase sales and reduce the excess in stock accumulated during the lockdown period due to the closing of shops for two months. In addition, the exception to the application of the prohibition to e-commerce was discrimination and a kind of punishment for small businesses without online sales, which has implied the closing of 70% of shops due to the coronavirus crisis.

Despite the initial uncertainty, only some retailers resisted discounts. Chains such as Women’secret, Scalpers, Bimba y Lola, Sfera and Parfois made announcements and opened in cities such as A Coruña (phase 1) with discounts of up to 50%. In addition, the Spanish Ministry of Commerce publicly declared its interpretation of the sales prohibition, clarifying that the measure was not interpreted as a prohibition on sales or sales promotions as such, since that would require a modification of the law on retail sales, which had not been made; it concluded, thus, that it would be possible to apply discounts and promotions in physical establishments, provided that such establishments could adopt any measures necessary to avoid crowds in the shops. Let us recall that commercial establishments must comply with the limits on capacity (30% in the first phase, 40% in the second and 50% in the third), as well as the safety distance established in Order 399/2020, of 9 May.

Nevertheless, the Ministry of Health, due to the questions that arose regarding the interpretation of the measure, reiterated its prohibition: there would not be discount campaigns in physical shops.

The textile sector’s battle against the sales restriction imposed

This was the last straw, with the resulting protests, increasingly strong, by the spokespeople of the fashion industry, resisting this general restriction on sales.

Acotex, the Spanish association of retailers of textiles, accessories and leather, committed to the defence of the interests of the fashion business, wrote a letter to the Minister of Health, Salvador Illa, in which it asked the government to “allow each business to act as it considers appropriate in terms of its policy on prices, allowing reduced sale prices or promotions in physical shops to allow them to dispose of six months’ stock.”

In the letter, Acotex also indicated that it had not been previously consulted by the government regarding a measure of this magnitude, nor had there been any dialogue, and that it considered it scandalous that the Spanish government would prohibit price reductions due to crowding, despite already having set restrictions on capacity and monitoring thereof in commercial establishments. Acotex also made clear that retailers were perfectly informed and prepared to take any measures necessary to guarantee the safety of their employees and clients in their shops.

Correction of the restriction on sales by the Ministry of Health

The Ministry of Health rectified after the declaration of war by the different groups of the textile industry and has introduced a series of corrections to the regulations established for phase 1. These corrections were published in the Official State Gazette (BOE) on 16 May and include the loosening of the measures foreseen in phase 2 of the de-escalation process.

The third additional provision of Order SND/414/2020, of 16 May, for the loosening of certain restrictions at a national level established after the declaration of the state of alarm in application of phase 2 of the Plan for the transition to a new normal, now establishes the following: “Commercial or promotional actions carried out by commercial establishments must be accompanied by measures intended to ensure that crowds do not form which prevent the safety distance from being maintained, compliance with the limits on capacity, or which compromise the rest of the measures established in this order, where the appropriate measures are to be adopted to avoid them, including the immediate cessation of the commercial or promotional actions if necessary.”

Nevertheless, this corrected measure now requires the “immediate cessation of such commercial actions if necessary,” that is, if they lead to crowds. After this adjustment, it is now up to each retailer to adopt measures to avoid crowds, which, if they occur, would prevent compliance with the safety distance and capacity or affect the other measures established in this order.

What is more, the measures shall apply as from last Monday, 18 May 2020 in those places which are still in phase 0, provided that it does not give rise to crowding. This concerns the Region of Madrid, Barcelona and part of Castilla y León.

In the current order, dated 16 May 2020, the Ministry of Health not only changed its opinion regarding discounted sales, but also reduced other restrictions. The most significant is the commercial operation of shopping centres, which may open limiting the surface area to 400 square metres in areas in phase 1, which was not allowed until now. This applies provided that the limit on capacity of 30% is maintained, there is a preferential time slot for people over 65 and the recommended distance of two metres between people is guaranteed.

At times as delicate as these, with approximately 110,000 workers affected, and with forecasts of a decrease in consumption of 70% when shops re-open, according to Acotex, the textile business association, it does not seem logical that the government should continue to impose regulations in haste and without experts’ participation. The main objective must be health, of course, but this must be followed quite closely by avoiding the debacle of a sector as important as fashion in Spain. Measures such as the prolongation of temporary collective dismissal proceedings (so-called “ERTEs”) or the possibility of re-negotiating leases are positive but time limited. What can save the sector is incentivising consumption and, to do so, sales are a tool more-than-proven over the course of time. The subsistence of many companies and families depends on it.