Some of the changes caused by the COVID-19 pandemic have come to stay. The crisis has dramatically shown us the importance of digitalisation regarding both public and private life. For companies, investing in digital technologies has proven to be a means of resilience. Following this trend, an amendment to the Spanish Law on Capital Stock Companies (Ley de Sociedades de Capital or “LSC”) is supposed to make complete digitalisation of meetings of the Spanish corporate bodies possible. This article analyses the planned legal reform and its relevance for Spanish companies. 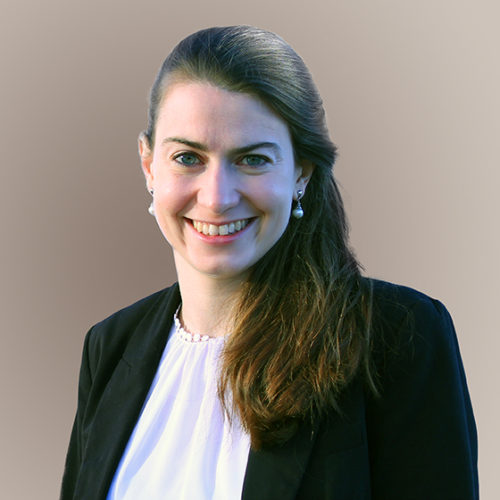 What is the current legal situation?

The current version of the Spanish Law on Capital Stock Companies refers to the possibility of digital/virtual meetings in Article 182. However, the digitalisation enabled by this regulation is limited, at least according to the exact wording of the law, to participation in meetings of Spanish joint-stock companies (sociedades anónimas). In practice, though, the Spanish General Directorate for Notary Activity and Registries (Dirección General de los Registros y del Notariado) also permits the application of this prevision to Spanish limited liability companies (sociedades limitadas), as long as this possibility is explicitly foreseen in the corresponding bylaws.

During the state of alarm and the imposed lockdown in March 2020, the aforementioned legal regime underwent certain flexibilization when faced with the impossibility of physical meetings due to the passing of Decree-Law 8/2020 of 17 March (Real Decreto-ley 8/2020, de 17 de marzo, de medidas urgentes extraordinarias para hacer frente al impacto económico y social del COVID-19). This exception, which, in terms of its temporal applicability, was limited at the beginning to the term of the state of alarm and has since been extended by several royal decree-laws until the end of 2021, enables bodies of Spanish companies as well as other private law legal persons (associations, cooperatives and foundations) to hold digital meetings by video or telephone conference, even if the corresponding bylaws do not contain such special regulation. (For more details on the topic, please see: Coronavirus Spain · Royal Decree-Law 8/2020 of 17 March – Measures Applicable to Companies – Monereo Meyer Abogados (mmmm.es) and Virtual Meetings: Now Also Possible for Managing Bodies in Spain (mmmm.es)).

What permanent changes are foreseen in the revision of the law?

Against the aforementioned backdrop, the Spanish parliament was presented with proposed changes to the Spanish Law on Capital Stock Companies aimed at permitting meetings of all kinds of capital companies to be held digitally in their entirety:

The new legislative bill foresees minor changes to the existing article 182 LSC by eliminating the explicit reference to Spanish joint-stock companies (sociedades anónimas) and adapting the wording of the law to the already applicable practice which permits digital meetings for limited liability companies (sociedades limitadas) as well. Furthermore, the wording becomes more precise insofar as answering questions posed by the members or shareholders digitally present is no longer limited to being carried out in writing within seven days after the meeting but includes the possibility to answer these questions directly during the meeting.

Apart from the aforementioned revision of article 182, the legislative bill includes a fundamental novelty, as the inclusion of a new article 182 bis in the Spanish Law on Capital Stock Companies intends to enable the complete digitalisation of general meetings, i.e. the exclusive usage of digital media to carry out the entire meeting, thus excluding any physical participation of members or shareholders and the administrative body. The main difference between this new additional provision and the aforementioned article 182 LSC lies in the fact that the latter only provides for digital participation in general meetings. As in the case of article 182 LSC, the option of exclusively digital meetings is supposed to be applicable to both Spanish joint-stock companies and Spanish limited liability companies.

As was applicable to digital participation until now, the possibility of an entirely digital meeting is foreseen only to be permitted in those cases in which such possibility is explicitly established in the bylaws of the company. This regulation would thus be different from the current exceptional regulation. Furthermore, the new article 182 bis demands the corresponding changes to the bylaws be approved by a two-thirds majority of the members present in the meeting. Assuming that this wording is aimed at requiring a qualified majority for changes to the bylaws, it must be pointed out that lower participation quotas could lead to this two-thirds-limit being lower than the simple majority generally required for changes to the bylaws, i.e. more than half of the votes representing the total capital of the company.

A second requirement for complete digitalisation is that the identity and legitimacy of the shareholders or members and their representatives must be duly guaranteed and all participants must be able to effectively participate using appropriate digital means in order to exercise the rights of participation, information, petition and vote which correspond to them, and follow the contributions of the other participants by the aforementioned means.

In light of the current context, without a doubt the intended revision of the Spanish Law on Capital Stock Companies aimed at enabling complete digitalisation of meetings appears to keep with the current times and is to be welcomed in general. In particular, the explicit definition of the scope of the new provision, including Spanish companies and Spanish limited companies, creates legal certainty. Furthermore, introducing this possibility of exclusively digital general meetings gives additional digital flexibility, despite and different from the current exceptional regulation; this possibility is conditioned upon the requirement of a corresponding stipulation in the bylaws. Finally, a systematic interpretation of this legislative bill suggests that the option to go fully digital is limited only to meetings of members and shareholders. This stands in contrast to the current exceptional regulation, which foresees this possibility also for other corporate bodies (especially the governing body). However, since the law gives companies broad flexibility to organise the operation of the board of directors, this aspect does not appear to be problematic from a practical perspective; the majority of companies have started to regulate this aspect in the bylaws or apply digitalisation in the daily business of the company without ado.

For now, the developments in this legislative procedure will require time: the Spanish Congress has already approved the legislative bill; the next step is to present it to the Spanish Senate.

Nadja Vietz, speaker at the US Mentoring Program of the Barcelona Chamber of Commerce

A Small Digital Step in Justice: The Digital Court Announcement Board in Spain